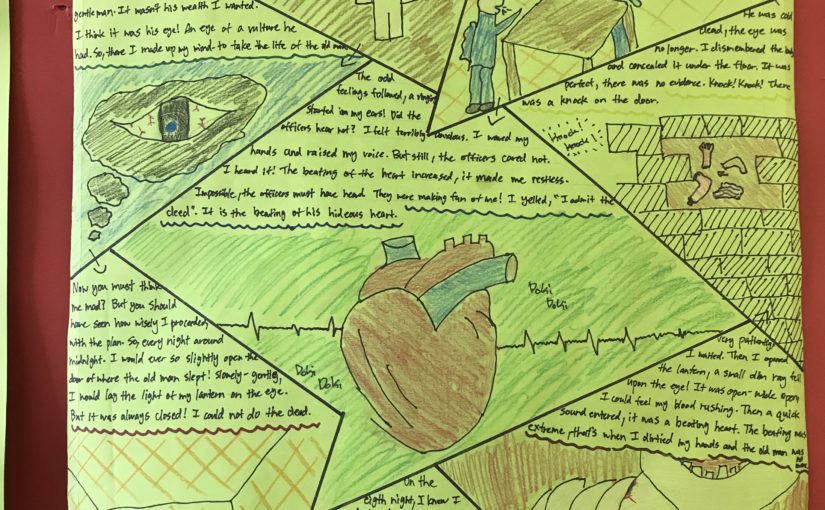 Grade 8 students have recently been reading the chilling short story The Tell-Tale Heart, by Edgar Allan Poe. In the story, we follow a narrator, who is trying very hard to convince the reader that he is indeed absolutely sane. Meanwhile, he is also explaining why he so detests his employer’s horrible eye. What happens next, you’ll have to either read the story to find out, or pop by school to check out the outstanding comic poster created by G8 Kokoro and Haruya. 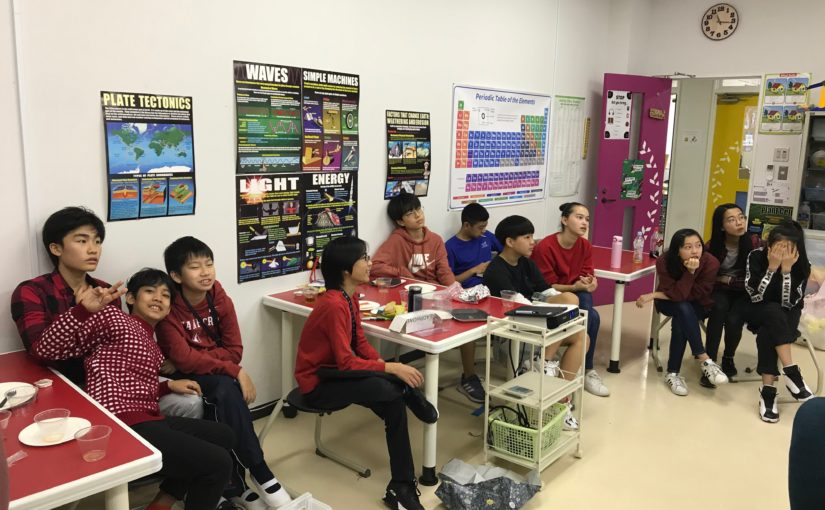 Today, on our last day before Winter Break, we had a Christmas Party for Middle School, as I am sure you all heard. After P.E., the children came to Mr. Serpico’s classroom, where we had food and drinks, handed out our Secret Santa presents to each other, and played a couple of games.

As a part of their academic coursework, Middle School students are required to come up with a Middle School Trip, which they plan in detail and present to the administration of TYIS.

This year, Grade 7 students formed three groups, working on trips to such different locations as Hokkaido, Osaka, and Korea, and our Grade 8 students planned a trip to Kyushyu. The kids worked really hard, finding hotels, activities, transportation, and made presentations that they could be proud of.

In October, Grades 7 and 8 went on two Fall Camps. On the first camp, they went with the younger students at our school to volunteer, and since I didn’t attend the camp, I had each and every student make a presentation about the trip.

Overall, the children liked the camp, spending time with the younger students (or munchkins, as they like to call them), and getting a couple of special treats like coffee after breakfast. Other favorite experiences that some students mentioned were field games, canoeing, and hiking.

I was very happy to hear from the teachers that attended the first Fall Camp how helpful the Middle School students were and what a great job they did! 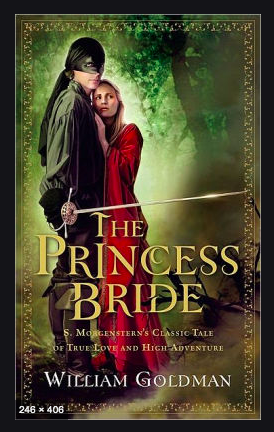 A part of our Language Arts class in Middle School is devoted to novel study. We read a novel together as a class, discuss the material, the characters, their motives, and anything else that interests us. We also have a comprehension quiz most Fridays.

We usually spend one term reading each novel, and once we’ve finished the novel, we watch the movie (if there is a movie based on the novel).

The first novel this year for both Grades 7 and 8 is The Princess Bride.

I first watched the movie when I was a Middle School student, and until this day it is one of my favorite movies. The unforgettable characters, their dialogue, the adventure they find themselves in, the setting, the costumes.. etc., etc. Your children seem to like it a lot!

I am Rachel Reynisdottir, and at TYIS I go by Ms. Rachel. This is my fourth year at TYIS, and this school year I will be the Language Arts teacher for both grades 7 and 8.

When I moved to Japan in 2004, I intended to stay for about two years, but before the two years were up, I had met my husband whom I later married. We have two sons, who are seven and eight years old. Together we like to ski, swim, play soccer and recently we have started watching movies that my husband and I both enjoyed at opposite sides of the world in the eighties.

Other hobbies of mine include karate, karaoke, reading, hiking and hanging out with friends.

I look forward to getting to know all of your children, and I am sure that together we will have a wonderful time reading, writing, presenting, and having fun! 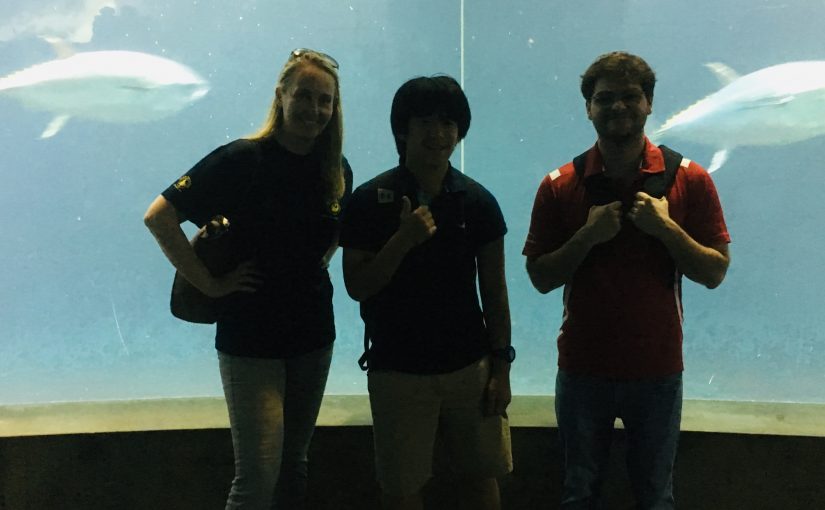 On May 31st, I went to Kasai Rinnai Aquarium with Ms. Rachel and Mr. Serpico. As a family we started taking the bus to Shin-Kiba station and took the train to Kasai Rinkai park museum. I felted like I was the son of my homeroom teachers. At the museum we saw a lot of interesting sea animals and sea plants. We saw penguins, colorful fishes, starfish, tuna etc… We heard information about how the penguins live in museums in Japan when the weather gets very hot. We saw shiny, beautiful, giant tuna swimming all over the place in the aquarium. While we were looking at the sea animals and sea plants, there was a place where we could observe the staff feeding the fishes, but we didn’t have enough time to do that. I want to try that next time if I go again! There was a section where we could touch some sea animals and sea plants. I had so much fun time being like a family with my homeroom teachers. It was a calm day before I leave for Hawaii and the last field trip in Grade 7. 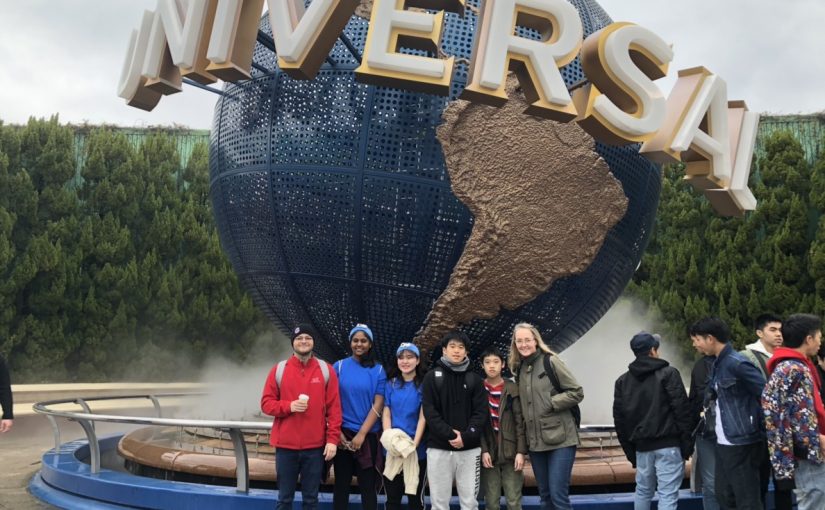 On March 6th to 8th, Grades 7 and 8 went on the Middle School Trip that the students had been planning for months. We started off in Kyoto, left our bags at the station and headed straight to the UNESCO World Heritage Site, Kiyomizu Tera. After Kiyomizu Tera, we went to the little known Greek and Roman Museum in Kyoto, where we found some amazing artifacts from centuries ago.

We went to Osaka in the evening, and stayed at an amazing hotel. The G7 boys were in one room with Mr. Serpico, while the G8 girls stayed with me. We had an onsen on the top floor, with views all over Osaka. There were two options for breakfast, which were both great. Only one of them had the chocolate fondue, though, which we tried on the second morning and liked a lot. Some more than others..

We spent the second day in Universal Studios Osaka, riding roller coasters, learning about special effects in movies, visiting the Harry Potter World, tasting Butter Beer, and much, much, more. The day went by quickly, and we couldn’t even cover everything, although we did get to see a lot.

We woke up early on the third day, and went to Osaka YMCA International School (OYIS), where we met their Middle School students, and spent half the day with them. They took us to Osaka Castle, had lunch with us, and then we returned to OYIS, where two of their bands performed!

On the TYIS ski camp, we had our annual arm wrestling competition, where all students participated. Some of the matches took longer than others, but in the end there was one winner: G7 Kokoro! 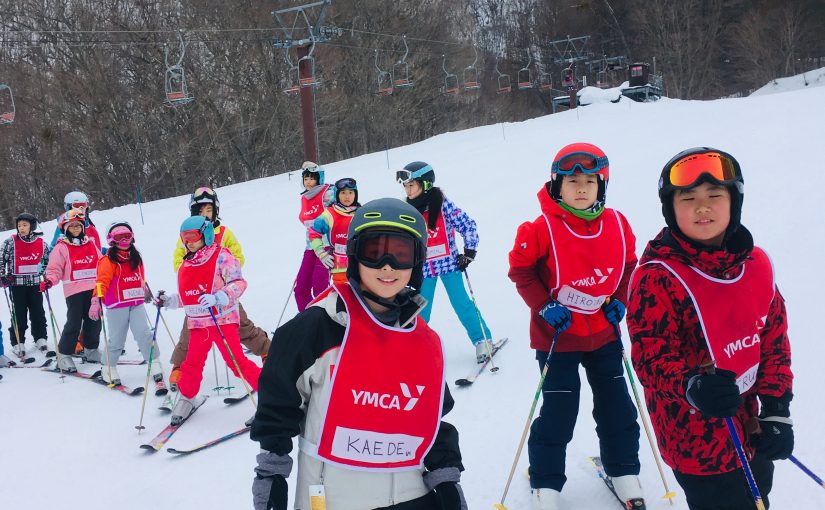 From February 5th to 8th, we went to Ozei Kogen in Gunma Prefecture for our annual ski camp. We had never been there before, but had a great experience on the new slopes. Kokoro and Shuzo were both in the most advanced group of skiers, and ended up trying almost all of the slopes. The younger beginners all ended up going on the lift, and both students and teachers had a great time!